Social disclipine and its discontents

John Adams and Sigmund Freud have this in common: each has fallen out of fashion and each has a lesson to teach today.

Undergraduates no longer return declaiming about id, ego and superego and a view of humanity organized around infantile sexuality with which to shock their elders. Few ever got around to his go at extending the framework of œpipal conficlt to the broader network of relationships outside the family in Civilization and its Discontents.

Freud starts with the uncontroversial benefits of civilization: cleanliness, beauty, safety from wild beasts and the like. Then he moves to the more abstract matters of relationships. Who owes what duty to whom? Which objects of desire are fair game and which off limits? How best to avoid the Hobbesian struggle of all against all? This brings him to define civilization:

Opposed to this is the individual’s desire for perfect autonomy—freedom from constraint and liberty to an unfettered exercise of will. Whether the individual is a child acting out, a first magistrate throwing off all fetters or simply someone who wants to party down, contagion be damned, the conflict abides.

The possibility of reconciling right with the aggressiveness and self-destructive consequences of brute force is what Freud considers to be the project of civilization:

A good part of the struggles of mankind centre round the single task of finding an expedient accommodation—one, that is, that will bring happiness—between this claim of the individual and the cultural claims of the group; and one of the problems that touches the fate of humanity is whether such an accommodation can be reached by means of some particular form of civilization or whether this conflict is irreconcilable.

Adams is disrespected by George III in Hamilton, disapproved of by civil libertarians for the Alien and Sedition Acts and disappointed in by many for failure to do more to further Abigail Adams’ sensible advice.

He had this to say on social discipline in 1798

While our Country remains untainted with the Principles and manners, which are now producing desolation in so many Parts of the World: while she continues Sincere and incapable of insidious and impious Policy: We shall have the Strongest Reason to rejoice in the local destination assigned Us by Providence. But should the People of America, once become capable of that deep …simulation towards one another and towards foreign nations, which assumes the Language of Justice and moderation while it is practicing Iniquity and Extravagance; and displays in the most captivating manner the charming Pictures of Candour frankness & sincerity while it is rioting in rapine and Insolence: this Country will be the most miserable Habitation in the World. Because We have no Government armed with Power capable of contending with human Passions unbridled by …morality and Religion. Avarice, Ambition …Revenge or Gallantry, would break the strongest Cords of our Constitution as a Whale goes through a Net. Our Constitution was made only for a moral and religious People. It is wholly inadequate to the government of any other. Letter to Massachusetts Militia

Adams knew the fragility of the constitution he led in drafting. It was designed specifically to restrain state power over the conduct of free white men, whose management was left to the social discipline of morality and Religion. The failure of those instruments of civilization would result in overcoming the restraints of consitutional government by Avarice, Ambition, Revenge or Gallantry.1

Thus, American exceptionalism presents as a bug, not a feature, in COVID-19 response. Morality and religion are not the sole pillars of social discipline. Tribe, clans, teams and faculties also sustain it. The 2020 NBA season is one example. But none are universal in scope. For conduct that relies on self-enforcement, such as wearing masks in public, competing sources of social discipline fragment authority. Your social disciplinary regime may make masks a badge of respectability; mine makes them a badge of cowardly surrender. Few restraints on the individual meet with the unaminity of approval required effectively to impose the will of the majority. America’s opinionated diversity, selective tolerance and hustle are the source of weakness, too. 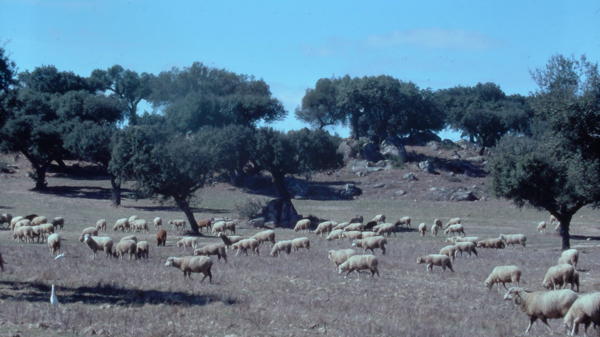